The HEPA air purification system solves six problems of indoor air: first, it solves the problem of PM 2.5. After using the Youdun air purification system, more than 99% of the haze is blocked outdoors. Indoor PM 2.5 not only does not exceed the standard, but also remains in good condition. According to the actual detection of nearly 100 user rooms installed with Youdun air purification system, the content of PM 2.5 in the air is far lower than the national standard. However, according to the detection of neighbor rooms where some users do not install Youdun air purification system, most PM 2.5 seriously exceeds the standard, and some even reach more than 300, which is shocking. Second, we all have such experience in solving the problem of fresh air. When we return to the room after exercise in the morning, we will feel a great peculiar smell in the room; Feel sleepy and headache in class or meeting, which is caused by excessive carbon dioxide and insufficient fresh air (fresh air).

HEPA air purification system forcibly introduces the outdoor air into the room after purification through mechanical power, and always maintains the circulation of indoor air. Even in windless days, rainy days, haze days, and when indoor personnel are relatively concentrated, it can still keep the indoor air clean and fresh, without peculiar smell and excessive carbon dioxide. This is incomparable only by opening windows or air purifiers. Third, the problem of indoor dust is solved. After installing the Youdun air purification system, there is no need to open windows for ventilation, so outdoor dust and impurities can not enter the room with the wind, so as to reduce the amount of indoor dust. At the same time, there is positive pressure in the bedroom and living room, and the air pressure is greater than that outdoors. Therefore, when you open the door and go out, the air will gush from indoors to the corridor due to the effect of pressure. Not only can the dust in the corridor not enter the house, but also the indoor dust will be brought into the corridor. The phenomenon of indoor dust accumulation will be greatly reduced, so as to truly achieve the effect of bright and clean windows and spotless dust, It greatly reduces the trouble of cleaning. Fourth, we have solved the problem of decoration pollution. After moving to a new house, we often find that we feel dizzy in the morning or often catch a cold and cough; Children have poor immunity and often get sick; Sometimes they find that their plants will wither and turn yellow, and even pet cats, dogs and tropical fish will die inexplicably. 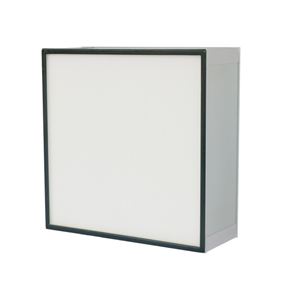 In fact, all these are caused by indoor decoration pollution. The common way we face decoration pollution is to leave the room vacant for a period of time and ventilate it. But this not only delays the time for people to enjoy their new homes, but also has little effect on toxic substances such as formaldehyde, which has been released for 3-15 years. However, HEPA air purification system can easily and completely solve this problem, because the indoor air circulates continuously for 24 hours. As soon as formaldehyde and other indoor decoration pollutants are released, they will be discharged outdoors immediately, and will not stay indoors for a long time, affecting human health. Fifth, it solves the pollution released from daily life, such as cooking, smoking and pets. In daily life, we are often troubled by the incomplete smoke smell of cooking range hood, the "second-hand smoke" caused by others' smoking and various peculiar smells caused by pets' defecation. Whether it is window opening, air freshener or air purifier, it can not solve the problem quickly and completely.

The HEPA air purification system can discharge all the polluted gases from the room through good indoor ventilation. When the indoor odor is large or you want to discharge quickly, you can adjust the switch to high gear, increase the ventilation and speed up the removal efficiency. Sixth, it solves the problem of odor return and damp mildew in the toilet. Because the indoor toilet is connected with the sewer pipe, there is often odor return, which is annoying. At the same time, the toilet is the place where people wash and bathe. There is often moisture in the toilet, which makes the toilet damp. Therefore, towels and clothes are easy to mildew. At the same time, it provides a hotbed for bacteria, viruses and mosquitoes. The use of Youdun air purification system can quickly discharge the peculiar smell and water vapor in the toilet to the outside with the air flow, and keep the toilet dry and clean at all times. When the toilet is not used, you can turn on the small gear, while when the toilet is used, you can use the high-grade, which will discharge the peculiar smell better, faster and more thoroughly than the existing exhaust fan.

LENGE is a company that produces air air purification system.it is a manufacturer,seller and supplier of purification .The air purification system of LENGE company has some advantages: removing particles: dust, yellow sand, dandruff and pollen are the causes of allergic diseases, eye diseases and skin diseases. In addition to microorganisms: mites affect people's skin health. Aphids and other harmful fungi cause respiratory diseases. Harmful bacteria: influenza virus, mold and air conditioner contain bacteria causing high fever, diarrhea and other diseases. Harmful waste gas: vehicles, industry and nicotine are the main causes of headaches, soreness and dizziness.

PREV:
The application of panel air filter.
NEXT:
The working principle of g4 air filters system.