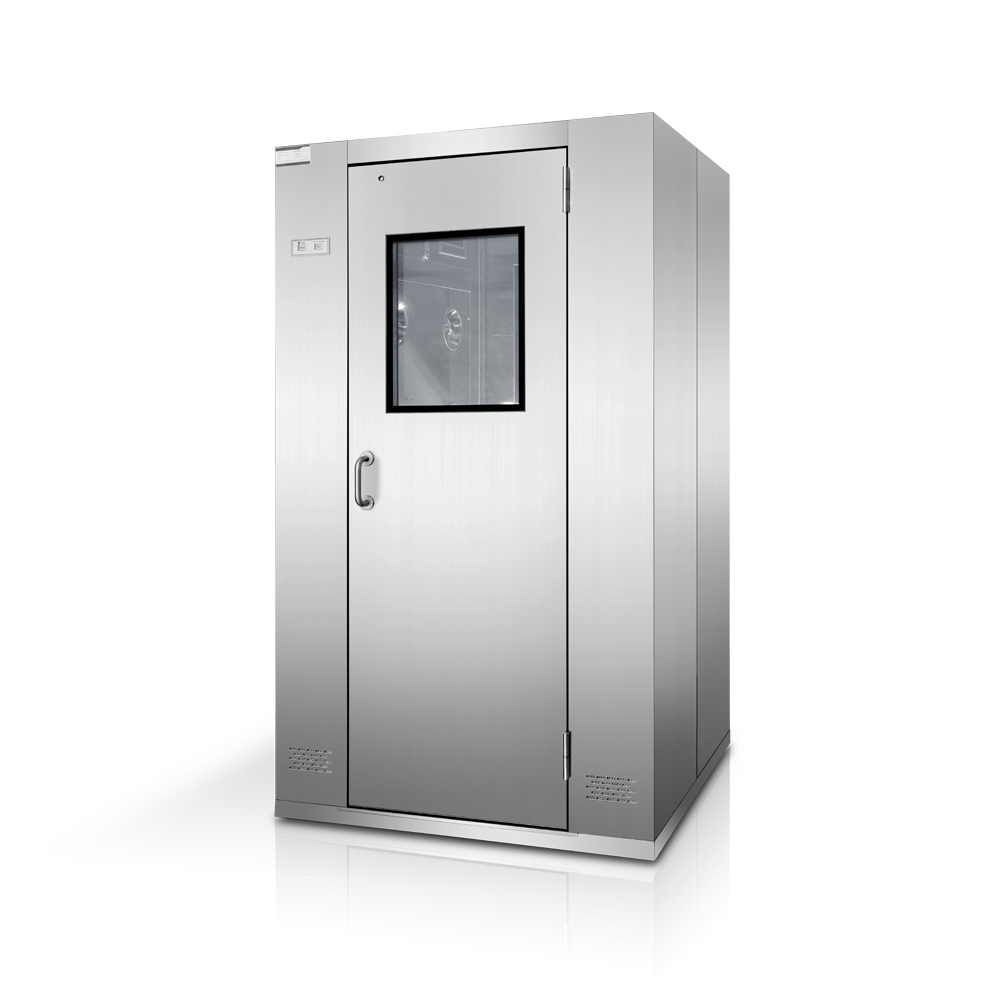 3. The air shower is fixed to the side of the car, and the front car device is connected on both sides of the box body, so attention should be paid to the straightness. Through continuous measurement, the dimensions of the lower part of the shelf are guaranteed to be completely consistent.

4. Complete the overall structure, and then install the door. The door and door frame are made of stainless steel pipe and stainless steel, and the hinge is reinforced by a stainless steel hinge. The original door frame and door panel are installed by the factory before leaving the factory, and the hinge is fixed on the side of the air shower. If there is not enough space between the door frame and the box groove, the uneven horizon will conflict. The solution is that it does not need to spend a lot of effort to adjust the structure, one only needs to correct the lower part to be straight, raise the air shower chassis, and repeat the adjustment of the four corner pads.

8. The sealing of the air shower room requires the use of a lot of sealants. It is simple and usually sealed with sealants, which are environmentally friendly and have no peculiar smell.

Wuxi Lenge Purification Equipments Co., Ltd. is a professional manufacturer of purification equipment, we have a variety of microporous membranes for you to choose from. Suitable for pharmaceuticals, laboratories, food and beverage, electronics, etc. We also have stainless steel furniture. If you are interested in purification equipment and stainless steel furniture, please contact us! You can contact us at 86-510-85189266. Or send an email to export@wxljjh.com.

PREV:
Structure and use of negative pressure weighing chamber
NEXT:
Do you know the performance characteristics of the plate air filter?